The non-compliance directly led to thousands of flight cancellations.

Now it appears Boeing has a breakout of Freedom Flu amongst its Seattle-based employees. 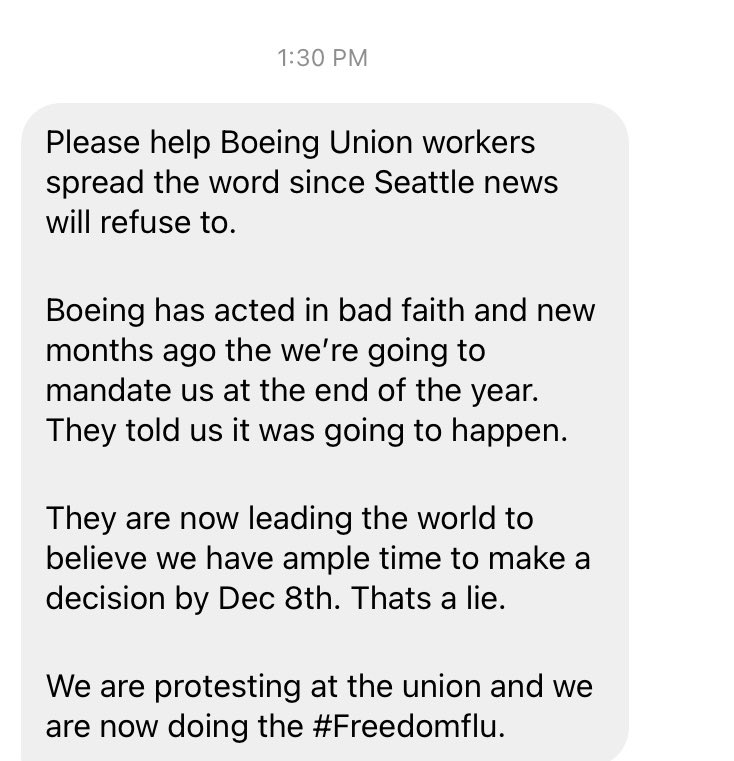 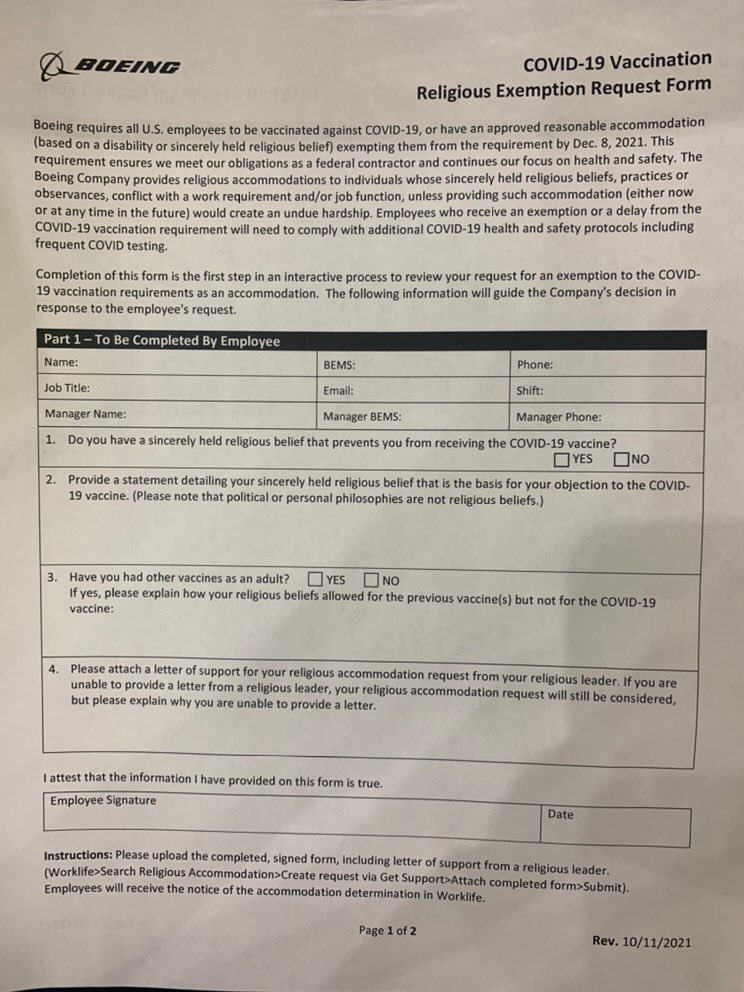 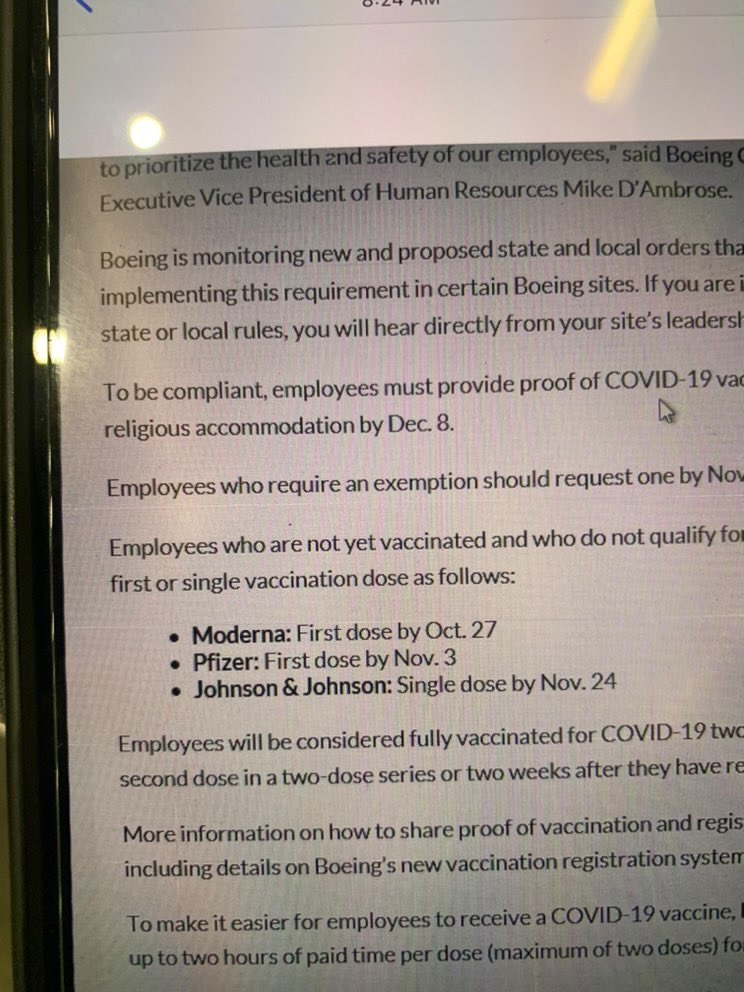 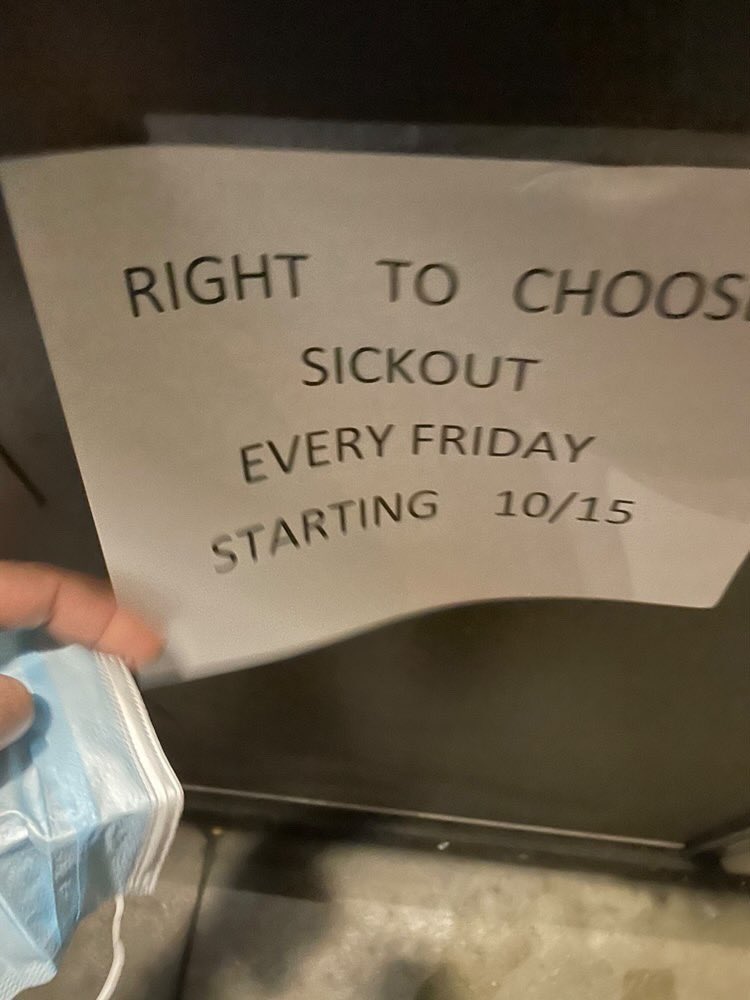 NEW: Boeing will require its 125,000 workers in the United States to be vaccinated against COVID-19 by Dec. 8

Boeing Mandates Covid-19 Vaccine for U.S. Employees:#Boeing said it will #mandate #Covid19 #vaccination for its approximately 125,000 U.S. employees by the Dec. 8 deadline set by a presidential order requiring federal employees and contractors to receive the shots pic.twitter.com/6Osnu2ZK9F

I live less than 10 mins. from Boeing’s Everett, WA plant….their largest….
Trust me when I tell you their announcement of a vaccine mandate for all employees by early December will NOT sit well with a bunch of the workers….
(even here in a bluer than blue part of the State)

Mass non-compliance is the only way the American people will defeat these tyrannical mandates.

Every industry that capitulates to Biden’s COVID-19 jab mandate needs a case of Freedom Flu.

Spread the word to inform others of the Boeing Union workers sickout.

Because mainstream media will likely attempt another blackout we saw last weekend.